Street food sector in Italy with 2018 at the corner

Posted at 23:20h in News by VS Veicoli Speciali
2 Likes
Share

First of all, let’s frame the topic.

According to FAO, street food is ready-to-eat food and beverages prepared and/or sold by vendors or hawkers especially in the streets and other similar places (exhibitions, festivals, markets) using food trucks or temporary stalls.

In the whole world, two and a half billions people eat street food (Source FAO). In Asia, eating in the streets from stalls, trailers or food trucks is a very ancient practice. It is not surprising that recently two noodles kiosks were awarded with a Michelin star.

In Italy, street food has a more ambiguous history. In the past, this food consumption was associated with low quality and scarce cultural value, in English we would use expressions like fast food and junk food. Today the popular perception has radically changed, up to the point where street food has now become trendy.

Frenetic life, lack of time and money to eat in a restaurant are factors that for sure have contributed to the growth of mobile food service and consequently of metro eater. A metro eater is a busy person, with not much time available, but determined not to give up on quality, a gourmand that explores streets and districts he finds on his way to look for the most tempting culinary proposals.

Moreover, always more often these proposals imply the rediscovery of traditional regional and local dishes, together with the offer of ethnic food that come from far away traditions.

Of course, this is not a pure Italian trend. In the whole world, the street food sector is undergoing a big growth: from London to San Francisco, from Buenos Aires to Barcelona and Berlin. Attention to quality of raw ingredients, hygiene and health is increasing everywhere and this influences the products sold by food truckers. Their trucks are more and more similar to mobile professional kitchens, full-scale itinerant restaurants indeed.

Well-known chefs as well embraced this trend that balances dynamic consumption and increase in quality. Internationally famous Michelin starred chefs get into the street food sector; some have even decided to buy a food truck and take the challenge of an itinerant business, offering gourmet dishes and culinary experiments. 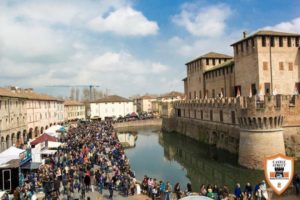 Sector data so far let indicate that 2018 as well will be a year of great opportunity for the street food sector.

The Italian “Osservatorio Confesercenti”, regarding new companies open in the commerce and tourism sector in 2015-2016, shows an ongoing decrease in opening of traditional shops, aside to an increase of new business without fixed location; among these, of course, there are food trucks.

A study carried out by Coldiretti shows that 2016 was a record year for street food, with a growth of 13% compared to the year before, when there was already 9.700 registered openings in the itinerant business sector. In Lombardy, the growth rate is even the double (26%).

Moreover, the available data show that the increase of new street food business is more than the double compared to the complex of restaurant and bar service with fixed location.

Another Coldiretti survey shows that 3 over 4 Italians buy street food at least once a year. This might not seem significant, but if you consider that street food competes not only with traditional restaurants, but also with the ascending sector of food e-commerce, we can agree that eating on the street is not such an obvious experience. 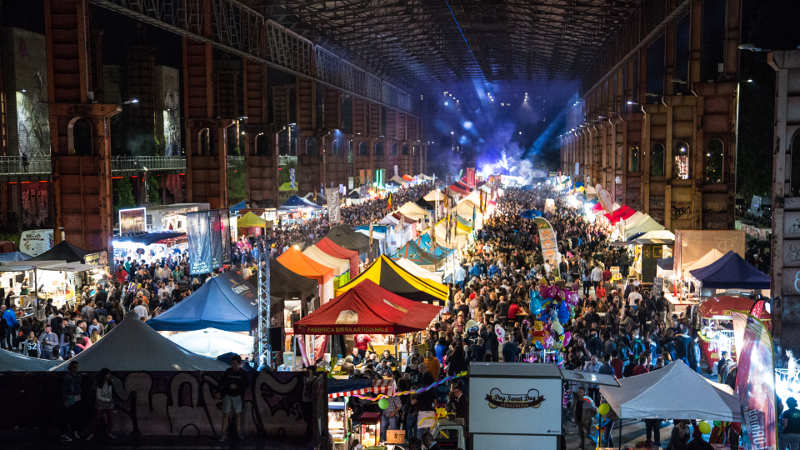 All together, these are important numbers and very good reasons to buy a food truck and start an itinerant business.

On which products you should bet to open an itinerant business

When deciding which food you should bet on to open a food truck in Italy, there are two, for some aspects opposite, tendencies you should consider.

Italians tend to prefer typical local flavors on one side, but there is a reduced offer on a limited number of successful international dishes, on the other side.

According to farmers associations, more than half of Italians (60%) prefer street food from local and regional tradition, like arancini, piadine and arrosticini; only 10% opt for popular ethnic food like sushi or kebab, whereas only 3% indulges with international food not so on fashion like for example American hot dog or Mexican tacos. These data must be taken into consideration, even if they might probably be destined to change with the intensifying of globalization.

On the other hand, as Coldiretti points out, internationalization of eating habits risks causing an impoverishment in the variety of supply. In city centers, we are looking at the progressive diffusion of foods far from local gastronomic tradition, with a homologation that is everyday more resembling to the evolution of clothing sector, where shopping streets looks like clones that multiplies and look exactly the same in Milan, Madrid, Shanghai or Toronto.

This danger is so concrete that in Florence, for example, in order to promote typical local traditional food, inside the city center, the food commerce was considered as a “cultural intangible heritage” to be protected; a commission would then decide on eventual exceptions. 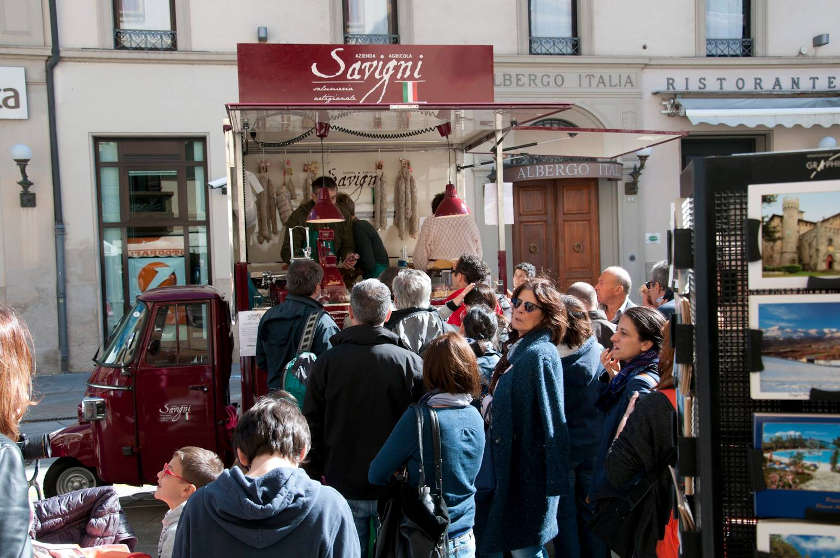 After considering these elements – Italian preferences and homologation risk opposite to the enhancing interests of the territory – the wiser, and on the long run, the most profitable, choice is indeed promoting traditional local food.

A good alternative is innovating the culinary tradition inventing new and original street food dishes, a way to the future without deleting the past.

Anyway, together with products, also communication, brand strategy and, of course, food truck quality have a key role. Especially considering the fact that always a greater number of medium and big companies are investing in street food, contributing to elevating the quality standards in terms of truck, design, equipment and promotional communication.

In this sense, relying on professionals of the sector is a must, because they can handle not only the outfitting of the truck, but also brand identity, always respecting the existing norms.

Credibility and success depend mostly on this.