Posted at 20:44h in News by VS Veicoli Speciali
3 Likes
Share
Once upon a time, street food selling was done with hand pushed carts, handcrafted in wood and moved around the streets of cities and villages. It was a poor and popular business. The most sold food was made of vegetables, bread and other flour-based food preparations, but also boiled and cooked dishes. The owner of the cart used to prepare the dishes at home or in a different location. At that time, selling food had no specific hygienic regulations and hawkers didn’t need any permit. 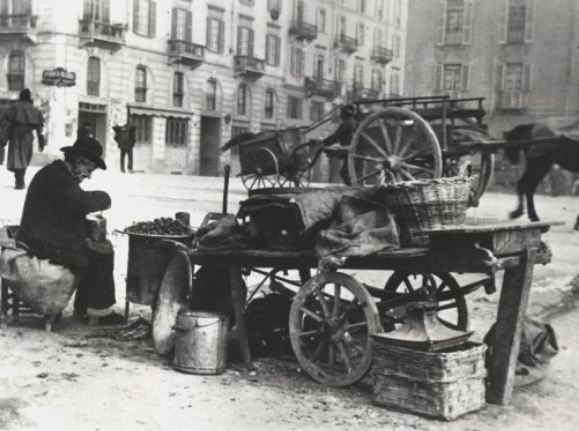 Between XIX and XX Century, food carts contributed a lot in shaping the collective imagination of life in small towns and big cities. At that time hosts of exultant children ran after the ice-cream carts and other carts artisanally made of wood that sold all sorts of typical and regional products. 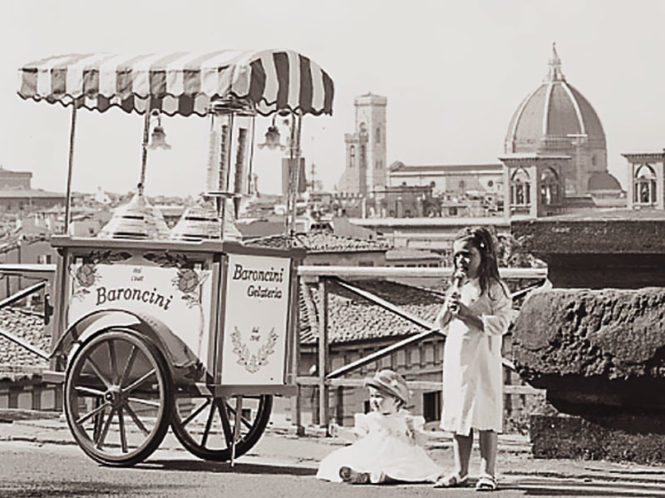 Food cart and street food tradition in Sicily is one of the most consistent in Europe. We can only imagine the folklore there was in the narrow streets of Palermo full of small carts selling every kind of food: simple products like cobs, aubergines and other vegetables, octopus and sea urchins, bread and panelle (made with chickpeas flour), not to mention more elaborate dishes like sandwiches with spleen (panini ca meusa) and other garnishments (pani cunzatu), cakes and biscuits and, of course, slushes (granita).

During XX Century the habit of eating in the streets lessened, but it never got completely lost. Vehicles with engine slowly replaced carts pulled by animals or by hand. Shops on wheels became popular to sell food in markets and in zones of aggregation and highly frequented areas.

The expression “street food” is used everywhere in the world because the street food tradition as we know it today comes from the USA and only later arrived in Europe. With modern street food, artisanal shop on wheels were replaced by food trucks built by specialized companies.

In terms of design, materials and equipment, nowadays food trucks can be very profitable working tools with an extraordinary haestetic impact, to such an extent that also big brands and corporations are now using them for commercial and promotional goals. In these cases, they are called promo trucks to underline the promotional purpose. 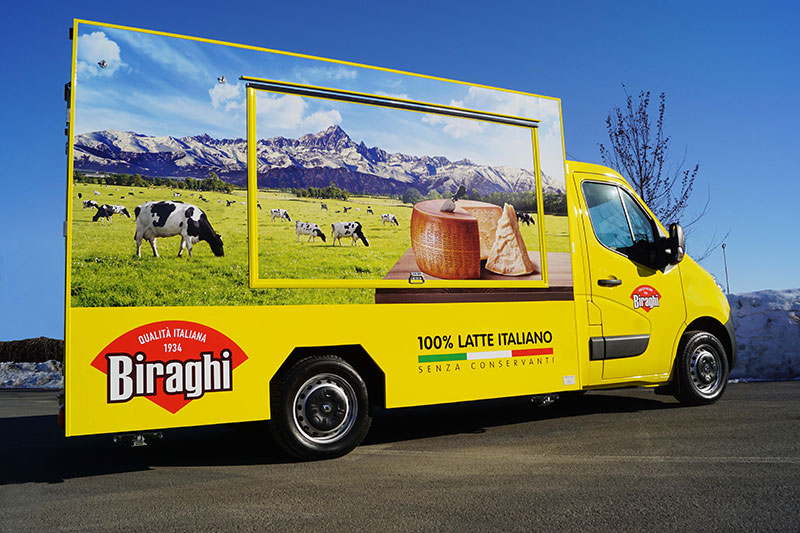 With this rebirth of street food and a renewed love for vintage items, it is no surprise that the hand-pushed cart makes a comeback in the modern version of the food cart.

In the last few years it happens quite often to see in front of different kind of shops an old wooden cart as a support in the exhibition of product and decorations.

A small detail that shows the tendency of recovering old common items and integrating them into the working tools and communication.

The cart used to sell food on the street, the so-called food cart, is another vintage element of unquestionable appeal that is getting popular again thanks to the success of street food.

For this reason and to satisfy the requests of their clients, VS created and patented a VKart, a new generation food cart that recalls the design of the traditional carts, but with a more modern look and with an eye on the specific practical and communicative needs of the companies.

The production of new hand carts satisfies the corporate need of having light and small placements to use in private contexts: stations, shopping malls, hotels, outlet villages, museums, resorts, ecc.

The VKart can be customized exclusively for a single premium product: 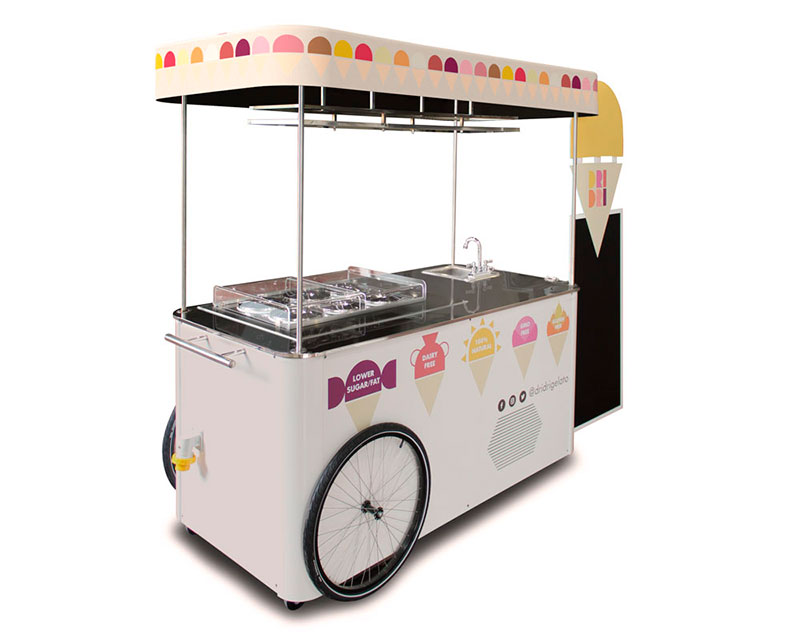 Those are all products with a low risk of contamination, since the cart can’t have enough space for the conservation and preparation of food on the location, so it can be placed only where an hygienic certification is not mandatory.

The outfitting is fully customizable and so is the graphic design, colors and the awning.

For this reason, it can accompany a food truck or an Ape TR with the goal of strengthen the communicative impact in locations with a high flow of pass-byers or close to the reference target.

Moreover, this hand-pushed food cart has the huge advantage that it can be adapted to the standards of each country in terms of electricity and structure.

It is of course possible to buy a whole fleet of VKarts to send in different places and selling points where the brand whants to exploit an additional smart location.