Posted at 01:30h in News by VS Veicoli Speciali
4 Likes
Share

Today, food trucks are a real mass phenomenon. An alternative and original way to enjoy a meal outside the home. In fact, over 2.5 billion people eat street food every day and for that food trucks are a market that seems to know no crisis.

Food trucks have become popular since the great recession of 2008 and are as important as a catering concept, restaurants or fast food outlets. Thanks to the low cost, many aspiring restaurateurs choose to open food truck businesses to start a career in the food industry.

Going beyond the street food of the past, food trucks now cater to all tastes, offering handcrafted, gourmet and locally sourced menu items.

From 2013 to 2018 the production of these vehicles increased exponentially. The release of the film Chef in 2014, in which a career-destroyed cook decides to open a street food business, has brought this phenomenon to the big screen. However, this seemingly modern concept has its roots in more humble innovations in the distant past. While ordering food from a food truck is the best way to enjoy the experience, to fully appreciate it, you should know the story behind the phenomenon.

The birth of street food dates back to the late 17th century, when living conditions were tight and many people did not have the resources to cook their own meals. Street traders sold food in small craft carts and improvised kitchens. And this practice continued all over the world, especially in urban areas.

In the mid-1800s Charles Goodnight took an old army car and built shelves and drawers inside. Then he supplied it with dishes, spices, pots, pans and food, hired a cook and turned it into a mobile kitchen. The food prepared inside was generally easy to store, even during the journey. In addition, the cook often prepared edible food found along the way. 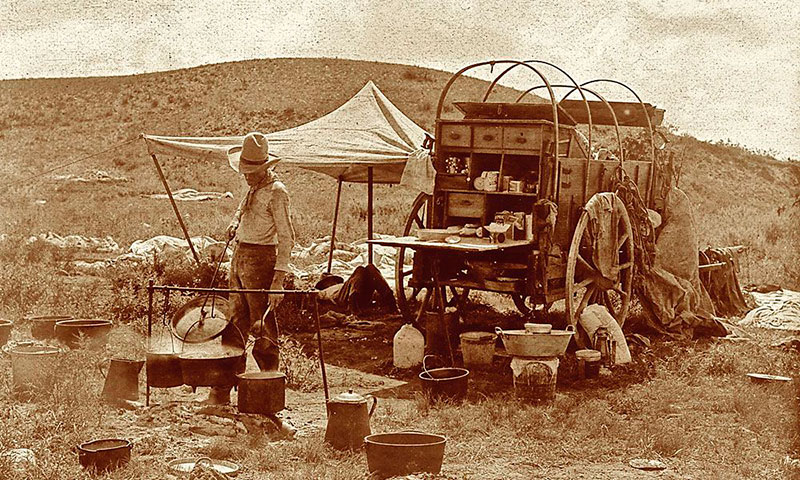 This is how the chuckwagon was born; not that before then there had never been some form of itinerant cuisine in the West, but Goodnight undoubtedly left his mark with this creation.

As menus expanded and the popularity of these food carts grew, it became more common to find food trucks in larger contexts than at the corners of busy streets in densely populated cities.

Mobile kitchens now operate in smaller cities and suburban areas and are also used in popular contexts such as fairs, festivals, concerts, sporting events and anywhere else where people gather. Simple gazebos and temporary stalls have been replaced by professional food trucks that offer wider selling options and cover infinitely better the need to promote brands and products.

Even small caterers buy food trucks to promote their brand at big events. These vehicles are marketing tools that give visibility to your business and broaden its reach. New customers get to know a place by booking the food truck for an outdoor event or meeting it at a festival. 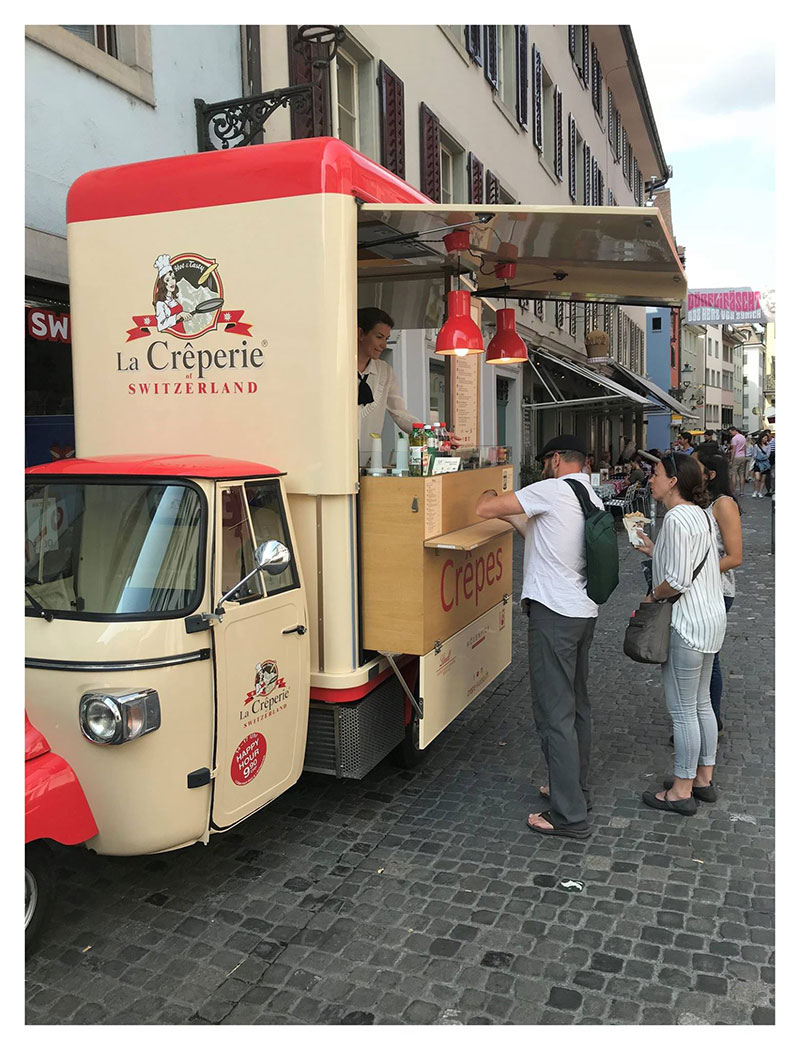 While some vehicles are offered as cheaper alternatives to restaurants, others are used as an extension of established brands.

The promotional vehicles sector and the commercial vehicles sector for itinerant sales can be used to promote a company’s brand, together with products and services. More and more companies and stores are deciding to equip themselves with a food truck (or promo truck), and its mobile qualities, to boost their business.

In the last five years, companies with their own food truck have quadrupled. 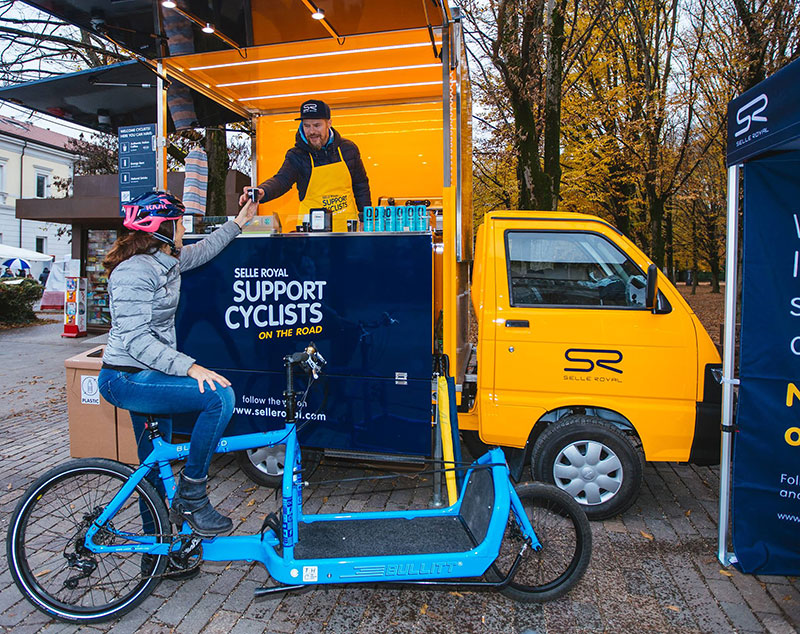 There are many advantages to owning a food truck, not only because of their growing popularity, but also because of the extreme flexibility that comes with it.

Start-up costs are very low and the yield potential is very high.

Thanks to mobility, if you are in an unprofitable position one day, you can look for a new position the next day. Personnel costs are also low, as these vehicles usually have a minimum of 1 and a maximum of 4 people working in them.

In addition, the millennials and even more the Z generation, use social media and apps to discover the positions of the food trucks and keep up to date on various events.